9 Tips to Remove Musty Smells from Your House

Old musty smells are some of the most difficult odors to remove from your home. Thankfully, our professional cleaning services can remove even the most stubborn household odors. These 9 tips can help too!

What Causes a Musty-Smelling House?

There’s nothing worse than musty odors, and as icky as they smell, it’s not good for you to breathe in either. There are several things that can cause a musty-smelling home, ranging to include something as mild as stale air in an older home that’s been closed for a while, to more serious issues, like mold in the walls. Mold or mildew in the walls is the most serious cause of musty smells in houses. If no cleaning methods work to remove the smell, this might be why.

#1. Locate the Source of the Smell

Does the entire house smell musty or only certain rooms? If the smell is only in several rooms or interconnected hallways, it might have something to do with the structure of the house, for instance there might be a leak or black damp in the walls. If the smell is isolated to one room, it might be easier to treat the smell and cause. If the house is older and has been closed for a long time, musty smells should go away after you let fresh in and deep clean the place.

A wet towel trapped behind a piece of furniture can leach out musty smells, polluting a whole room. Check for areas of moisture behind toilets and beneath sinks, even a small leak can create a nasty musty smell.

#2. Open as Many Windows & Doors as Possible

Let in fresh air and keep it coming. Those musty smells must go somewhere, and for stale air to leave, new fresh air must enter. Musty smells are often created by dust and poor ventilation, once you get some fresh air in the house it should remove odors considerably. Open the curtains and blinds so as much fresh air comes in as possible. Open cupboards, cabinets, and drawers to air out these spaces as well.

To encourage more airflow and air out smells, turn on all ventilation fans in bathrooms, kitchens, etc. For rooms or areas of the house that do not have windows or ventilation fans, bring in electric fans and put them on full speed.

A quick way to remove musty smells is to boil some water on the stove and add lemon peels to the pot. After the fragrant lemon scent is released, remove the pot from the stove and carefully transport it to a stinky area. Set the pot on a safe surface and leave it open so that the steam and lemony fragrance fills up the room and acts as a natural air freshener.

Place a fan near the pot of steaming lemon water to circulate the sweet fragrance all around the room. After the lemon water cools, you can bottle it up in a spray bottle and spritz it around as a natural air freshener.

A lot of dust can cause a musty smell, so one of the first things you should do is clean the house top to bottom, paying close attention to corners and hidden pockets of dust. A damp cloth followed by a feather duster can help remove multiple layers of dust. Carpets should be vacuumed and hard floors should be mopped.

Carpets often harbor musty smells when they are dirty and full of dust. If this is the case, carpets should be professionally cleaned. In the meantime, pour baking soda over carpets and let sit for 15 minutes before vacuuming it up. This can help remove odors and make carpets look fresher.

Vinegar and baking soda are odor neutralizers that can help remove musty odors. They are eco-friendly, safe to use, and stop odors from forming on contact.

You can count on our teams of professional cleaners to remove even the worst household odors. Contact us today to learn more! 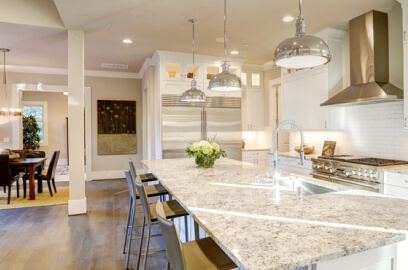 A Clean House is Important

Everyone wants a clean house, but some are better at accomplishing the task than others. And those who feel they fall short are often stressed at the thought of 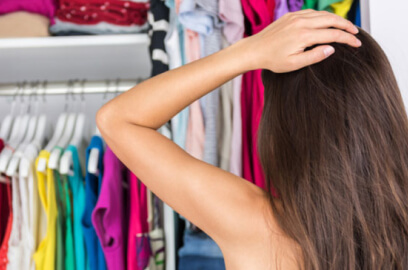 Summer is a Great Time to Declutter Your Closet 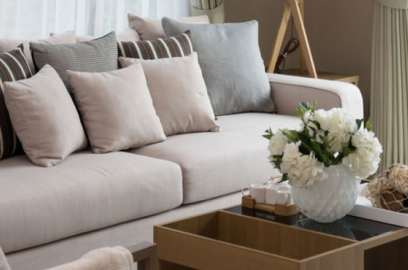 Increase Your Home’s Value With a Little Investment

Whether you are considering a move and preparing to sell your home, or you are simply trying to increase the value of your home, there are number of ways to do